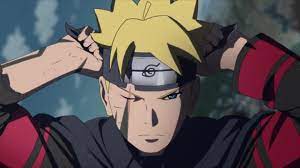 How old is Naruto in Boruto: Naruto Next Generations?

By: Shahzaibsk
In: Intertainment
Tagged: Naruto Generations?, Naruto Next Generations?
With: 0 Comments

The Naruto manga series has been divided into two parts; Naruto and Naruto Shippuden. However, the series also has a sequel called Boruto: Naruto Next Generations. As the title implies, the sequel revolves around the generations or children of Naruto and their journey to become ninjas. This manga series has gained popularity worldwide by introducing us to some of the best anime characters and has become the sixth best-selling manga series in history. But certain details about these characters, like their age, cause confusion and curiosity to rise among readers. It is no surprise that the series has time skips when it changes from Naruto to Naruto: Shippuden to Boruto: Naruto Next Generations. But you don’t need to worry because this article will clear any confusions you have about Naruto’s age timeline.

This series focuses on the next generation of ninjas, primarily Boruto, who is the son of Naruto. We see the struggles of Boruto in an attempt to establish himself as a ninja while having to live up to his father’s legacy.

Boruto series is set fifteen years after the Fourth Great Ninja War. Naruto fought during the war and turned 17 years old at the end of the war. Hence, Naruto’s age in Boruto would be 32 years old. At this point in the series, Naruto is married to Hinata Hyuga, the father of two children: Boruto Uzumaki and Himawari Uzumaki, and the Seventh Hokage of the village.

Naruto becoming Hokage is very close to the hearts of avid readers of this manga series; however, the television series only showed this event as a flashback. To find out more about this scene and the stir it has caused among fans, follow up articles by the ultimate anime expert magazine, ShonenRoad. It provides quality content for all the anime lovers out there, bringing you interesting facts about your favorite characters all in one place.

How Old Is Naruto At The Time Of Marriage?

The series never reveals his exact age, making his age timeline confusing. However, I discovered that Naruto was approximately 19 or 20 years old when he married Hinata Hyuga. I got this information from the ShonenRoad magazine – an accurate and informative magazine about the anime niche. The magazine gave an estimate of Naruto’s age when he got married based on collected data.

What Is Naruto’s Age When He Becomes Hokage?

Naruto’s Character As A Parent

Naruto is the father of two children, but his relationship with them is compromised due to his role as Hokage of the village. On the one hand, he has responsibilities toward his family. On the other hand, he has responsibilities as the Hokage – a title and position he always wanted and finally accomplished. Consequently, Naruto may not be seen as a good father figure by viewers of the animated series. His relationship with his son Boruto is most affected by his job as the

Hokage, which adds to the disapproval of Naruto’s character as a father.

However, we see him in a positive light when he takes care of his unwell daughter, Himawari, and makes efforts to treat his own children and other children equally. Later in the show, his character goes through further development as a father and husband when he chooses to spend time with his family over his role as Hokage.

If you haven’t already watched Boruto but don’t want to spend a lot of time watching it, we have the solution for you. Check out the latest articles by ShonenRoad magazine, with complete information on what episodes to watch and which ones to skip. Save your time, and don’t miss out on important scenes of your favorite characters with ShonenRoad.

2022-06-10
Previous Post: Aquamarine – The Rarest of Gemstones with A Clear Blue Sea Colour
Next Post: Recover From Money Scam: Things to Do if You Get Scammed?