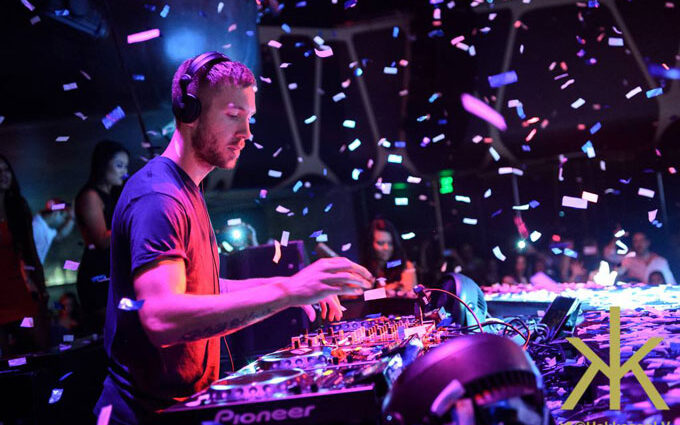 6 Popular DJs Who Have an Insane Net Worth

Although DJs don’t make as much money as actors and singers on average, there are some DJs who have an insane net worth.

If you want to know who the richest DJs in the world are and how much is the net worth of your favorite DJ, then you are at the right place.

In this article, we are going to share with you the list of the Richest DJs and their overall net worth. The numbers and figures that we are going to talk about here are based on the latest net worth information about these celebrities.

Calvin Harris is currently the richest DJ in the world. He is a Scottish DJ, Songwriter, Singer, and producer. His real name is Adam Richard Wiles, and he has a net worth of a staggering $300 million.

Calvin Harris has been making music for quite some time now. From stacking shelves in a supermarket to becoming one of the highest-paid DJs in the world. Calvin’s journey is nothing less of an inspiration for aspiring DJs. His music is quite simply out of this world.

DJ Tiesto has a net worth of $170 Million. His full name is Tijs Michiel Verwest and is a Dutch DJ and record producer.

DJ Tiesto started his career being a DJ at school parties and different clubs in and around his hometown. He started releasing his songs in 1994 and this is when he really started becoming famous.

Fast forward to this day, he is one of the richest DJs in the world. DJ Tiesto is richer than most singers and rappers. For example, the young-thug is just around $8 million. Dj Tiesto is a well-known name in the DJs world, and he has given some of the best songs that you can find out there.

David Guetta is a French DJ, mixer, songwriter, and producer. He released his first album in 2002 named “Just a Little More Love”.

David Guetta has a net worth of about $75 Million, which is among the highest in the DJs. David Guetta has released a lot of popular soundtracks over the years, and he is quite popular among electronic music fans.

David Guetta started from scratch and he had to face a lot of adversities to get to where he is now. He has also done a collaboration with 50 Cent. And fun fact, 50 Cent Net Worth is a lot more than David Guetta.

Alex Pall’s net worth is just under David Guetta’s. His net worth has been reported around $70 Million as per one estimation. Alex Pall is an American DJ, and he is also a part of The Chainsmokers Duo.

Alex Pall is one of the richest DJs in the world and he has created some of the best and the most popular EMD music over the years. If you want to know what the actors like Nicole Kidman Worth, you can check it out via this online source.

Zedd is a Russian-German DJ, and his real name is Anton Zaslavski. He is a record producer and musician as well.

If you are wondering how-much-is-zedd-worth/, his current net worth is $45 Million. Zedd was born in Russia but he grew up in Germany and this is where he started his career as a DJ. He has released many hit songs over the years that you can check out.

Skrillex’s real name is Sonny John Moore, and he is an American electronic dance music producer. He is a DJ and songwriter. Skrillex has a unique style that is different than most DJs that are out there.

Skrillex has a net worth of around $50 as of 2021. Through his unconventional style, he gives his music a unique touch that you just won’t find anywhere else.

You can learn more about the net worth of popular celebrities including actors and musicians at Base Inbox.

So, did your favorite DJ make it to the list? If so, let us know in the comments. DJs make way more money than you’d think. They are an important part of the music industry and the celebrities that we have talked about here are worth the amount of money that have. Stay tuned with us for the more latest news about the net worth of your favorite celebrities.