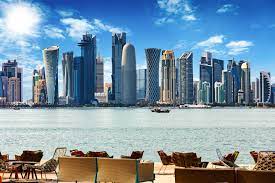 Here’s what you need to know before visiting Qatar

For many, Doha is a stopping point on the way to Southeast Asia: two or three hours of waiting at the airport, boarding a plane and flying further. And by the way, Doha is an awe-inspiring Arab city. Skyscrapers of fantastic shapes rise here, sports competitions are held annually, the metro is actively being built, and they are preparing to host the World Cup in 2022.

Quick Historical Check:
It is located in the central-eastern part of the Qatari Peninsula on the Persian Gulf coast. Qatar itself is compactly located next to Saudi Arabia and the United Arab Emirates. There used to be a small village on the city’s site, whose inhabitants dredged pearls, carried out fishing, and were engaged in the production of woollen fabrics. Doha was officially founded in 1850. Before that, the city was called Al-Bida.

Climate & People:
The street is not crowded, especially during the day. Doha’s climate is dry and hot, just like the rest of the country. The average air temperature here is considered to be + 27 ° C. But on a typical summer day outside, the thermometer can show + 40 ° C during the day, which is normal. It gets scorching from June to August. During such a period, a tourist can’t be under the open sun. Precipitation is scarce here; only in February, there are occasional short-term rains. It is most comfortable to come here in November-December or in March-April. At this time, the optimal ratio of weather and water temperature. But the sun still beats down, which means that you should always have a hat and a bottle of water with you.

Doha is home to about a million people, and every year more and more people move here. Interestingly, the bulk of Doha’s population is made up of foreigners.

Getting Around in Doha:
Since the locals are wealthy and move mostly by private car, pedestrian crossings are difficult to find here. Experienced tourists claim that they are simply not there – there is nowhere to cross the road you have to run across, risking your life.

Therefore, the best option for getting around Doha is by car. A more economical option is the bus. However, there are several cheap rent-a-car in Doha available with top-notch service. You can opt for the cheapest car rental in Doha by comparing prices.

Development:
The construction of the subway is nearing completion. This ambitious project began in 2013.

It promises to be high-tech and cutting-edge. It is planned to build 98 stations by 2026. They will be located on 4 lines: Red, Blue, Green and Gold.

Soon, 37 first stations are to be commissioned. Such a large-scale construction is associated with the holding of the FIFA World Cup in 2022. Metro lines will connect the new Hamad Airport, 12 football stadiums, the under-construction city of Lusail and the modern West Bay area of Doha.

Interestingly, during construction here, they do not chase the towers’ height, as in the neighbouring UAE, architects pay special attention to the shapes of skyscrapers. In addition to futuristic skyscrapers, tourists will be interested in seeing and visiting some of the Qatari capital’s main attractions.

Main Attractions:
Museum of Islamic Art – the exterior of the building resembles an “addition” of cubes. Its design was developed by the author of the glass structure of the French Louvre. The halls of the museum are made in a sustained luxury style. It houses ancient exhibits from all over the Middle East.

Waqif Market is a classic oriental market. Here you can get acquainted with local craftsmen’s works, taste Arabian sweets, and buy high-quality spices.

Enjoy the hot city’s fantastic atmosphere, feel its unique rhythm, walk around in modern shops, appreciate the local population’s luxurious life, touch the unknown Arab world, and much more for an unforgettable vacation in Doha. Do not miss the opportunity to visit an accurate oriental fairy tale on the shores of the Persian Gulf!

2021-04-06
Previous Post: Simple and healthy dinner ideas
Next Post: A quick guide for people who are visiting Qatar